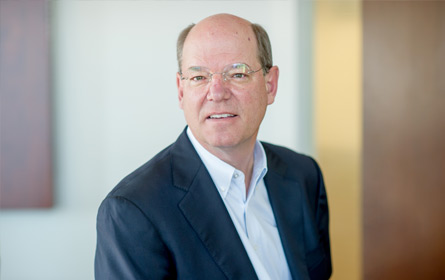 Mr. Feidler joined MSouth in 2007 as a Partner and co-founder. Prior to MSouth, Mr. Feidler amassed 15 years of M&A / transactional experience, coupled with ten years in various roles in executive-level operating positions. Mr. Feidler served as President and COO of BellSouth Corporation until its merger with AT&T in December 2006. Previously, from 2000 to 2003, Mr. Feidler was the COO of Cingular Wireless, commencing upon the formation of Cingular when BellSouth and AT&T (formerly SBC) merged their domestic wireless operations to form Cingular.

From 1991 to 2000, Mr. Feidler served as the head of corporate development for BellSouth and as President of various operating subsidiaries. From 1986 to 1990, Mr. Feidler worked in the investment banking department of The Robinson-Humphrey Company. From 1981 to 1986, Mr. Feidler was an associate in the corporate law section of King & Spalding. Mr. Feidler holds a B.A. in Economics from Duke University and a J.D. from Vanderbilt Law School.